The zone is characterized by relatively high rainfall (1,400 mm per annum) with a bimodal pattern. There are two main rainy seasons; the major season rains occur between March and mid-July and the minor rainy season starts from mid-August to about the end of October with a peak in September. There is a short dry spell from mid-July to mid-August with a long dry period experienced from November to February with possibilities of occasional rains,  although this is changing.

Rainfall data on Kumasi which is the closest station are used to represent the patterns in the reserve. The rains appear to be nearly well distributed between March and October where plant growth is vigorous and relatively dry period between November and February. About 46-48% of the total rainfall occurs in April-July, which is the major season, while the minor season from September to November has 28-30% of the annual rains.

Temperatures are normally high throughout the year with very little variations.

Below graph to show Mean monthly rainfall for Kumasi

Below graph to show Mean monthly temperature for Kumasi 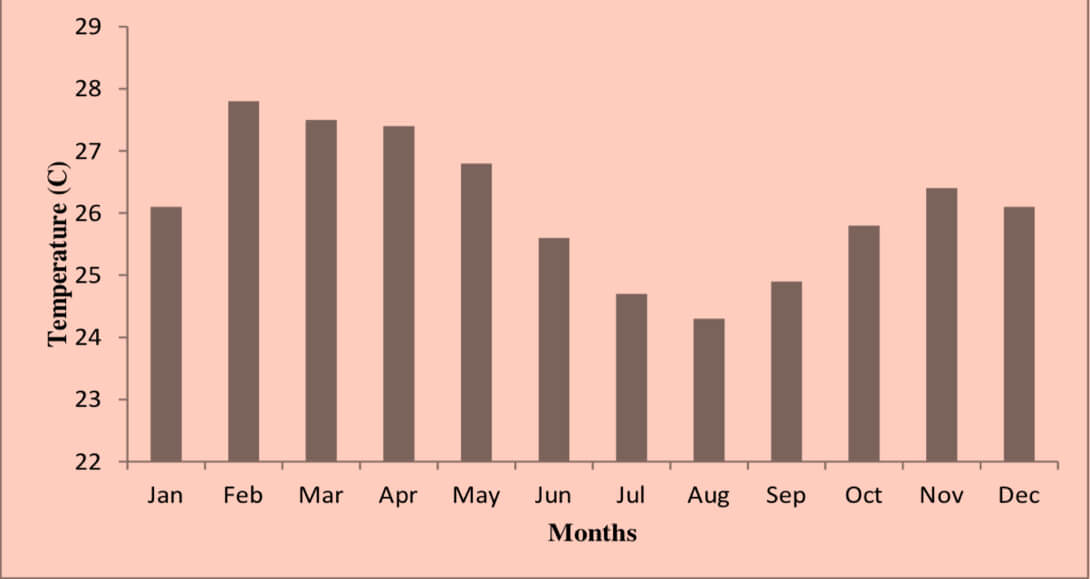