The Afram Headwaters Forest Reserve was constituted in 1927 with demarcations undertaken between 1928 and 1930. It was however gazetted in 1961 as a production forest reserve. AFHR covers an area of 20,124 Ha with a perimeter of 87km. It falls partly within the dry semi-deciduous forest and the forest-savanna transition zones, which are associated with high annual rainfall variability, both in total amount and distribution. The area usually experiences a bimodal rainfall pattern with peaks between May to July (major season) and September to October (minor season). The northern portion of AFHR is dominated by typically forest-savannah transition vegetation, while the moister southern portion, a dry to moist semi-deciduous forest type. 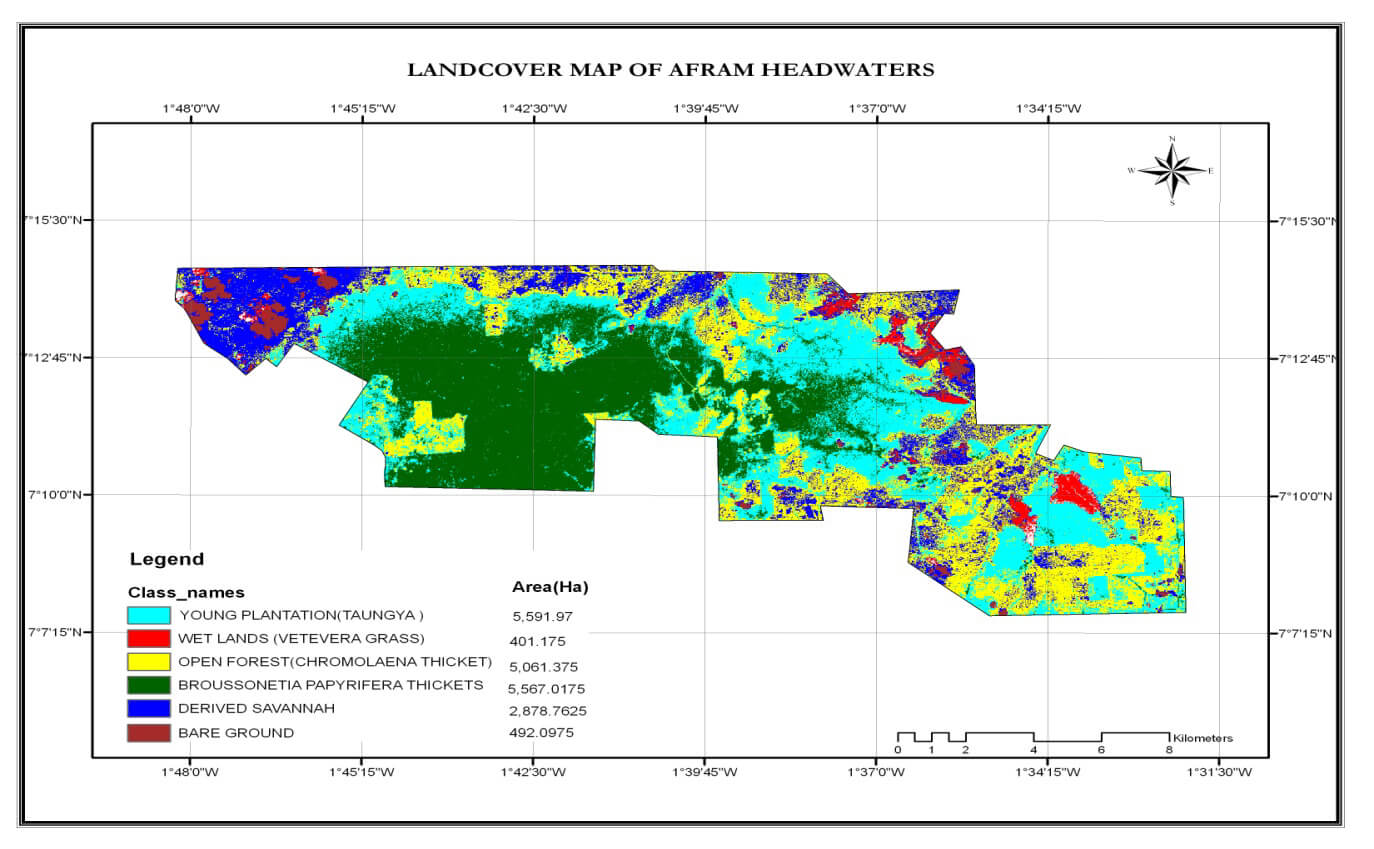